Ok, I haven't made it to Sainji yet (thats today). I have never been to India before, or any other country that isn't in "the West" and I've only been here like 2 days so I can't tell you anything useful / informative, instead I'll just tell you a bit about my first impressions. I am going to sound extremely naive in parts of this post, I've never been anywhere remotely like this before so go easy on me!

Yeah, so I'm basically an idiot for not expecting everything to be totally different over here seeing as I've been told by multiple people exactly how different India is in comparison the UK, I just figured it would be a bit like Southall. I'm actually really quite comfortable here now but the first 2 days were quite bewildering and I had to keep on checking if my head was screwed on.

Everyone here is really nice and and easy going. I was a bit biased coming here, I expected pushiness or aggressiveness in shops and with taxi drivers and I'm pleased to say I was totally wrong and now feel like a bit of a berk. I spent no time in Delhi and can't speak for what it's like there

Quite a few people have tried to talk with me, this presents a problem - I was born and raised in London so when strangers try and talk to me I will smile and walk away quickly, this is because I assume they are either on drugs, going to mug me or have a mental health problem. It turns out, that outside of London, people are actually just friendly. I need to learn their secret. Again, I feel like a berk.

Most people in Mussoorie speak English to a good enough degree to allow me to do business with them. this is a relief because I am having serious difficulty retaining any Hindi words at all apart from "namaste" (hello) and I'm pretty sure I'm pronouncing even that one word I know incorrectly. I haven't run into a situation where I have to speak to someone and they don't know any English, I have a phrasebook handy in case this scenario occurs.

It's totally rad. I'm 6000m above sea level. I am actually living in a cloud, I've come during the monsoon season which I understand lasts until about the end of September. It's probably about the same temperature as the UK so far and the air outside of the town is clear and good to breath. When the rain comes it's been in bursts that have lasted about an hour or so, I don't know if the rain is usually like this (Edit: it's totally not). The rain is thick and, I don't know if this is just me, but it seems to fall a bit more slowly than it would in London I'm guessing because I am closer to the clouds (Edit: again it turns out I was wrong). Perhaps I'm imagining it. 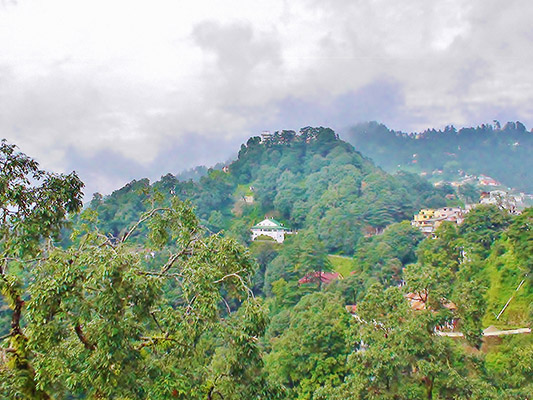 Everything is unsuprisingly on a slope in Mussoorie, it's still not as hilly as Bristol though. The views are beautiful in Mussoorie, all you can see is more mountains and mist everywhere. I've got a pretty mean view from just outside my hotel room but the best I've seen has been along Camel Back Road (no picture yet). Personally I've found the views are better in the morning where the clouds have cleared up and you can see further, though when it gets cloudy the view does have a sort of sexy mysterious look about it which is cool.

There is a lot of wildlife I'm yet to see as I'm a terrible navigator and couldn't find half the sites I wanted to. I know where these sites are now so I'll be visiting them soon. All of the animals I've seen so far have been in the the town of Mussoorie.

I was especially pleased when I found out that there were monkeys in Mussoorie. I think the monkeys steal food and cause a bunch of trouble because the locals don't really like them. But they seem pretty great to me, I'm pretty sure they are Rhesus Monkey's. 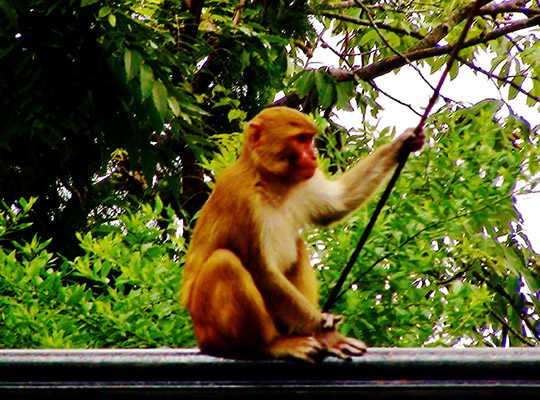 Yes, I know, cows aren't particularly exciting. However I like the fact that they are allowed to roam free, this means that it's very common to see a cow just chilling on the road, often causing a traffic jam. 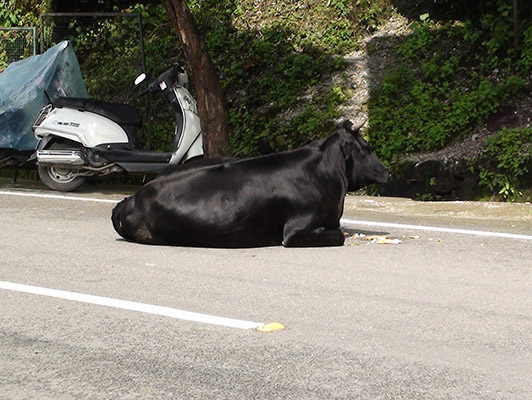 There's meant to be quite a few birds at a nearby nature reserve, so far I've only found one cool looking bird which I've named the Mohawked Yellow Bottom. 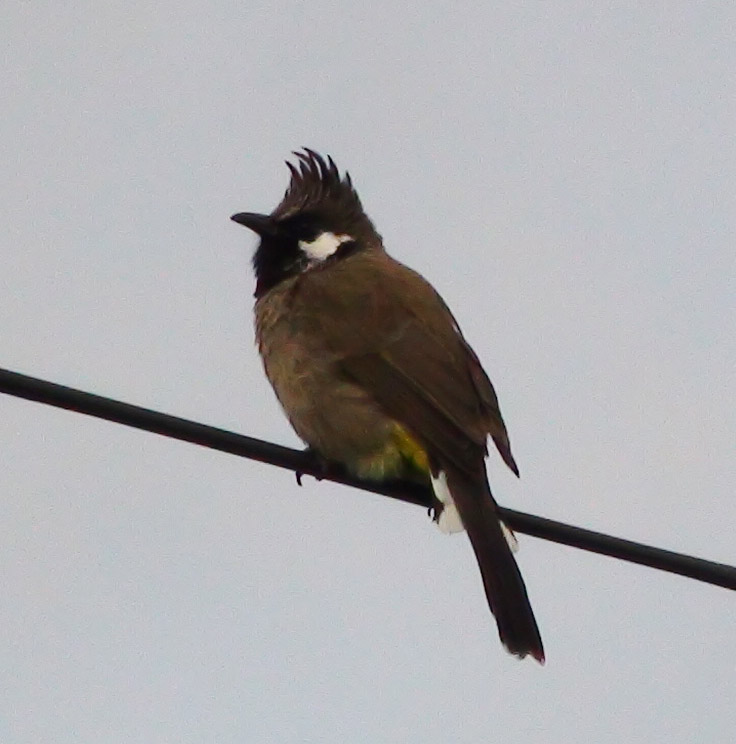 So many wild dogs just jamming everywhere. They like to hang out in packs and are very passive, there's also a lot of puppies and they are adorable. Yeah, they're a little on the thin side and I've seen a couple which look like they could use a vet but overall they don't seem to be doing too badly for themselves here. 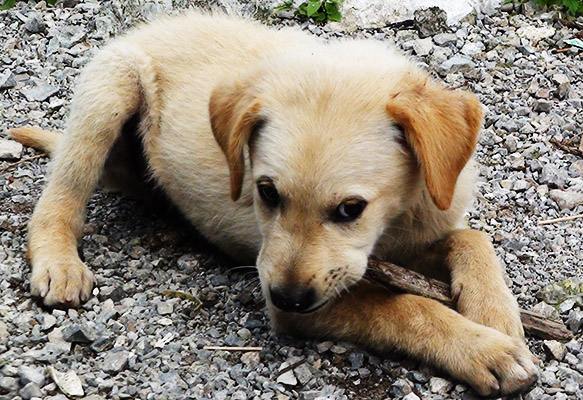 Everybody here drives as if they are playing Grand Theft Auto and they are really really good at it so they never crash. Everyone honks, all of the time for no good reason. Like, all of the time. It may be a state sponsored program to make everybody deaf.

On my taxi journey to Dehradun my taxi driver overtook another car around a blind corner on a mountain top using his forarms on the driving wheel so that he could crack his knuckles. He also overtook about 15 cars at once. It was during this journey that I realised I wasn't in Kansas anymore.

Is super tasty, I have avoided eating meat so far as I've heard that's what's most likely to give you "Delhi belly", the dal dishes have been my favourite but potato dishes and parathas are also really really good. I'm lactose intolorent which is unfortunately limiting what I can and can't eat quite a lot and it's often hard to tell what's got milk or cream in. Most of the sweets have milk in and many of the dishes with sauce are filled with cream. Cream is basically death to me but thankfully butter doesn't really do me too much harm which is good because everything seems to have Ghee in it.

Junk food wise there is an excellent choice, my favourite by a long way has been Masala Munch which are basically curry flavoured nik naks. They fill a packet of crisps up properly over here. In the UK when you buy a nice big puffy bag of crisps you will open it and it will deflate instantly showing that the bag is about 60% air, with Masala munch, you'll open up that bag and find it's all crisp. I have a lot of respect for this, especially since the bag only costs 10p. 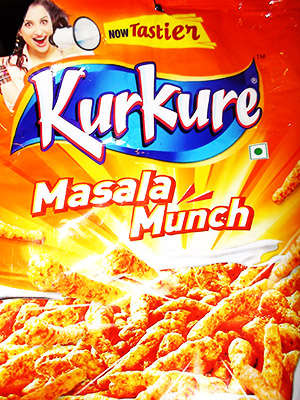