Stuff I'm bringing with me

THERE IS SO MUCH OF IT 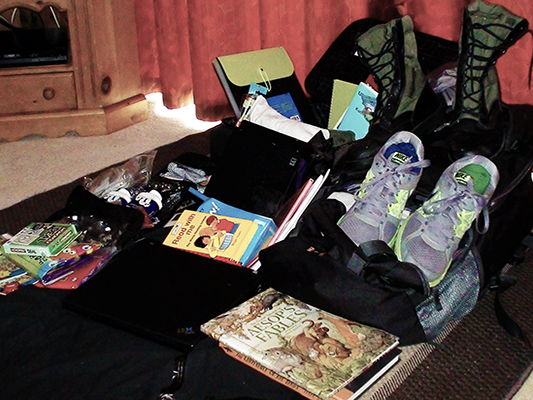 I'm taking a lot of crap with me, I *think* I need it all but I stand to be corrected. Here are some new things I learnt:

Apparently wearing shorts isn't a thing in India, even in hot weather. I don't think there's a rational explanation for this but I don't want anyone thinking I'm a weirdo so I'll just have to stick with trousers. Muscle shirts are also not a done thing in India, when they are worn by me they are known as "gut shirts" anyway so this isn't really a big deal.

I've got some semi smart shirts, army surplus trousers linen for hotter weather and a hat. I also have jungle boots for kicking mountain lions in the face with and running shoes for when I realise it wasn't a good idea to go around kicking mountain lions in the face (it is highly unlikely this will be a scenario given there are no mountain lions and I don't like harming animal)s . It's going to rain a lot so I have an anorak, it's going to get cold but I'll work that out over there.

I'm not taking as many clothes as I need, most of my clothes are made in sweat shops in India anyway so I figure I can save on shipping and just buy them over there.

It kind of makes me feel very lucky to bring all of this technology stuff just for me when it amounts to about the same as the average annual income for someone working in India ($1570).